Audio-menu in a Scottish Restaurant

Edinburgh restaurant, The Huxley, has launched an audio-menu for blind and partially sighted customers in partnership with the Royal National Institute of Blind People Scotland. 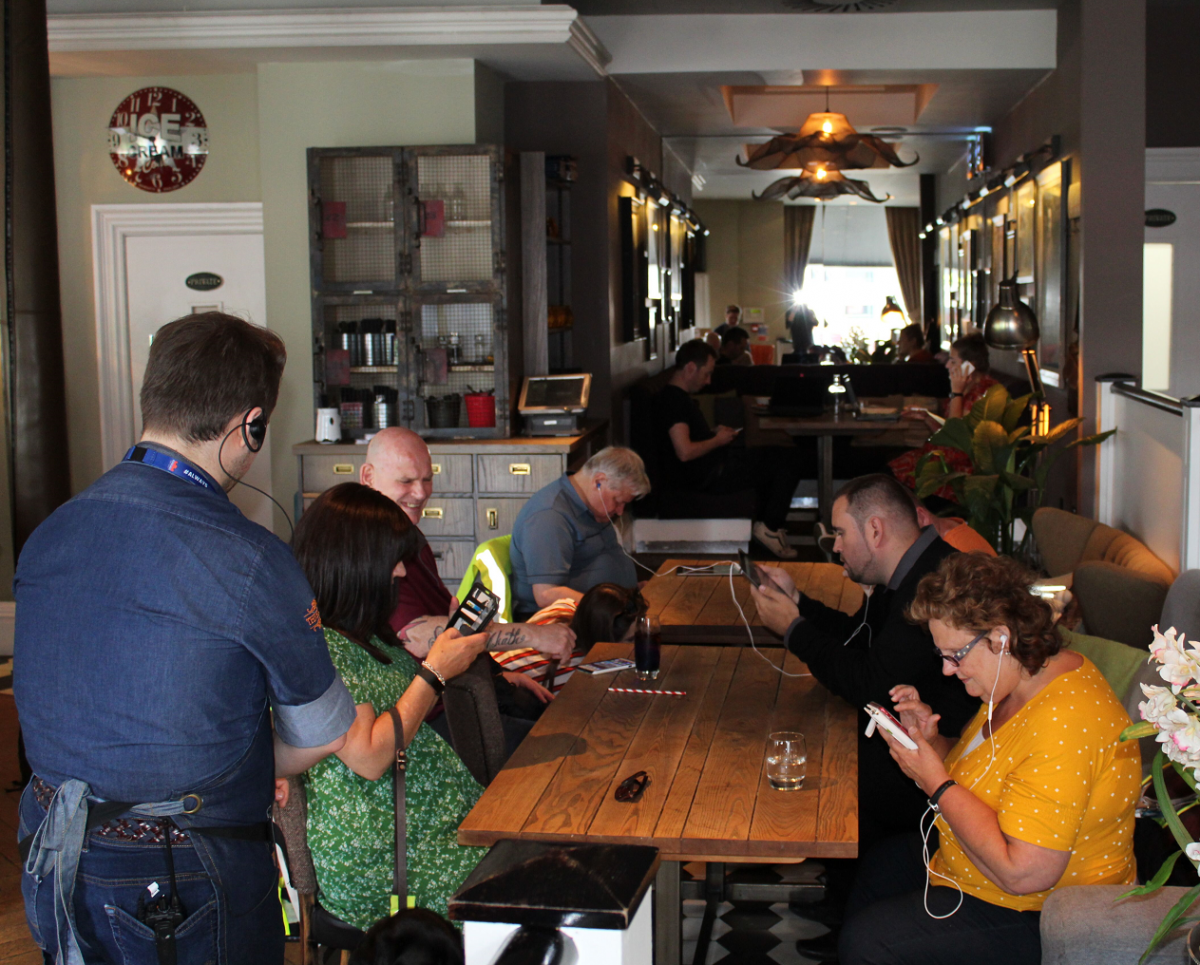 Clients trying out the audio-menu at The Huxley.

The idea for the audio-menu was initiated by a Signature Pubs employee, Kirsty Cameron. Whilst volunteering with RNIB Scotland, Kirsty learned that dining out can often be an intimidating experience for those with sight loss. Working in the hospitality industry, Kirsty actioned change with the backing of Signature Pubs and RNIB Scotland to create the new menu service.

To launch the new audio-menu, ten diners with sight loss were invited to lunch at The Huxley in Edinburgh's West End with Daniel Meikle from RNIB Scotland and Kirsty Cameron from Signature Pubs. Guests were offered the option of hearing the menu on an iPad or having it sent to their smartphones which can read it back to them using speech software.

RNIB Scotland volunteer facilitator, Daniel Meikle who has a sight loss condition welcomes the move. "People who have sight loss enjoy eating out with family and friends, just like everybody else does," he said. "But too often we're simply not able to make out what choices are on the menu. It can be embarrassing to have to rely on somebody else to read it out to you.

"Some restaurants like to present their menus in fancy, stylish scripts or in small font-sizes. In other cases, the contrast between the lettering and the background colour can be very poor. It's great to be able to just come in and know you can make your choice of meal in your own time without having to rely on a companion to read it out or repeat it to you."

Mike Lewis, general manager of The Huxley said: “We’re launching this new initiative to help make dining out a great experience for everyone. When Kirsty brought this to our attention, we knew we could do something to make a difference and it’s been fantastic to work in partnership with RNIB Scotland to make it happen.”

Signature Pubs are planning to introduce the audio-menu service to their other venues across Scotland and are also arranging a 'Dine in the Dark' event with RNIB Scotland later in the year.

The Huxley is owned by leading Scottish hospitality brand, Signature Pub Group. The company is independently owned and has 24 venues across Scotland including hotels, bars and restaurants. The Huxley is located at 1-3 Rutland Street in Edinburgh, EH1 2AE. For more information about, visit https://www.thehuxley.co.uk/ or call 0044 131 229 3402