As part of its General Assembly proceedings EBU presented the fourth edition of the “Vision for Equality” Award.

The Award is granted every four years to European organisations, institutions, policy makers, enterprises or individuals in recognition of their commitment and ongoing endeavour in the defence and promotion of the rights and improvement of the living conditions of blind and partially sighted people.

The 2019 award, which consists of a certificate and a piece of art by a visually impaired artist, was given to the Bavarian Union of the Blind and Partially Sighted (Bayerischer Blinden- und Sehbehindertenbund e. V, BBSB) for their project “We go to school”, which started in 1993.

The project offers information material on visual impairment and sight loss for schools across Bavaria. 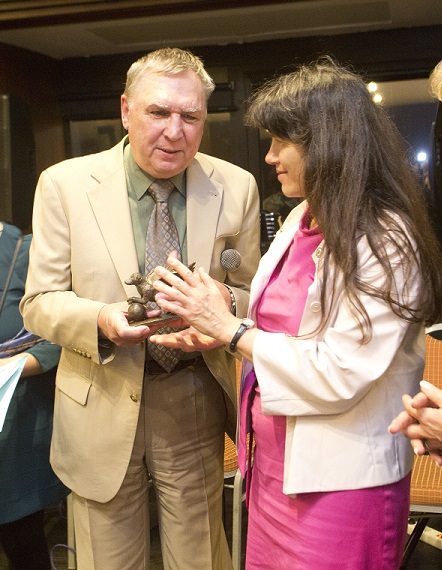 The first photograph shows Judith Faltl, chairwoman of the BBSB, receiving the award from outgoing EBU President Wolfgang Angermann, during the gala dinner on Tuesday 29th October in Rome. 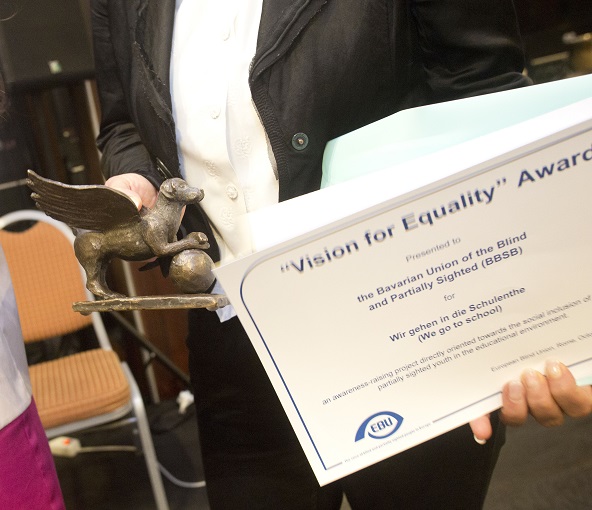 The second photograph is a close-up of the artwork and certificate. The work of art is a small bronze sculpture of a dog with wings.