EBU's campaigning in 2014 culminated in a large event which EBU organized inside the European Parliament in Brussels on 11 and 12 November 2014. Our aim was to help newly-elected Members of the European Parliament (MEPs) understand the challenges we face when using everyday goods and services, including online information and apps. Over 2 days we met with more than a hundred MEPs, researchers and journalists. 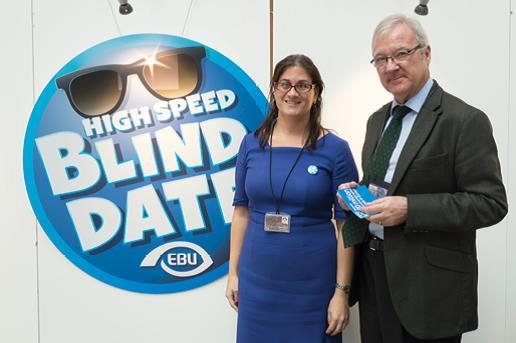 EBU colleagues from many EU countries took part in high-speed blind dates with MEPs and other visitors who were blindfolded and then led through a series of tasks, such as using a TV remote control, or reading a website CAPTCHA code with glasses simulating sight loss. The aim of the activities was to highlight the need for future EU legislation to ensure that all manufactured goods and services are accessible to visually impaired people; our members also talked about the need for websites and apps to be accessible, including on mobile devices such as smartphones or tablets. The event was sponsored by Catherine Stihler MEP (S&D, UK) and cohosted with Rosa Estaràs Ferragut MEP (EPP, Spain), whom we thank most sincerely for their continued support.

This was the first time that EBU organised such a large-scale public event in a venue like the European Parliament, and the press coverage received show that it was successful in both raising
awareness amongst decision makers in the institutions and also in raising EBU's public profile on a wider scale. 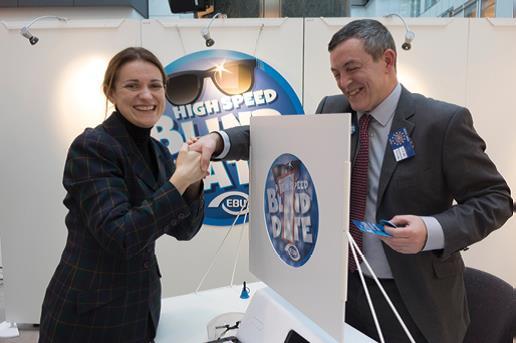 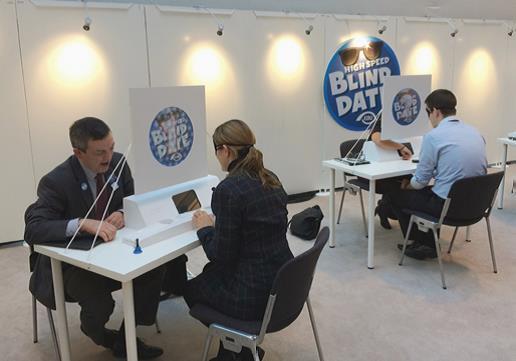