What is VISAL for?

Although they represent an increasing part of the population, visually impaired (VI) seniors are one of the most marginalised communities in terms of lifelong learning. This is a clear obstacle to their active involvement in society. The VISAL training course is tailor-made to both the age- and disability-related specific learning needs of elderly VI persons.
In 2013 and 2014, the course was experimented in Austria, Croatia, Slovakia and the UK, and later on has later been implemented in France, Hungary, Italy, Lithuania, the Netherlands and Portugal.
The course is targeted at VI senior citizens in Europe, whose proportion in the population is increasing. The VISAL project also helps European VI organisations face the challenge of an ageing population by providing them with an adapted learning opportunity for their elderly members to be included within their service provision strategy.

Watch the VISAL presentation video made by RNIB in English

When no link is available, please ask the EBU office.

Entitled “VISAL, a key to civic engagement for the visually impaired in older age”, the project's final conference was held in Bratislava (Slovakia) on 2-3 October 2014.
Documents available: programme, final report, powerpoint presentations and audio recordings. When no link is available, please ask the EBU office.

One of the objectives of the project was to give older visually impaired people a voice, as 94 year-old Ben from the UK says "I may have had my day - but I still have a say!" Other participants in the project have their say below.

Erna Zepke, aged 83, from Austria Being part of the VISAL-project showed me that it is very important to involve my generation in such kinds of activities. I learned a lot from the young facilitators and I realized that they can also learn from us.
What I enjoyed the most was that I could co-determine parts of the sessions and so for example introduce my usual morning gymnastics to the other participants, which they all liked a lot.

A project like this should take place in much more countries because it enables blind and partially sighted seniors not only to learn something new, but to learn from one another! That's what I really liked about the project: we didn't just do things with the help of the trainers but we, the blind seniors, did things together and learned from each other! 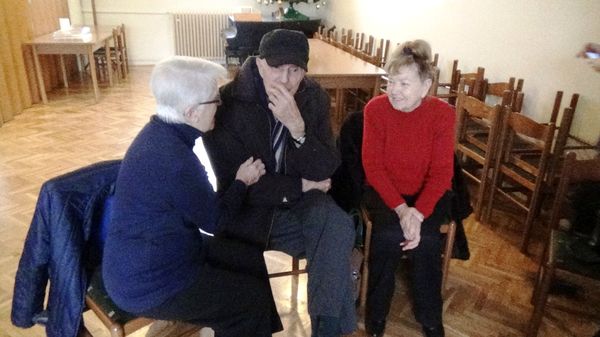 Stipe and Ljiljana in converstaion with Ljerka

Stipe and Ljiljana from Croatia (aged 86, 81)
During the period of VISAL sessions we were especially fond of Mondays, our day of group meeting. We must confess that, before the sessions started, we were a bit skeptical about joining and reluctant to get out of the house. This proved to be unjustified concern, as we were „hooked“ right after the first meeting and from then on were looking forward very much to each session. It was like our weekly mini-trip to downtown: getting tangled up in the social tissue of the city – from public transport and walking the streets, to meeting new people and having nice discussions on many topics we consider important. It felt we all have many things in common, although each of us has a different background and life story. What we liked the most was openness for sharing ideas and opinions and overall atmosphere of acceptance.

HUNGARY - Participants getting to know each other 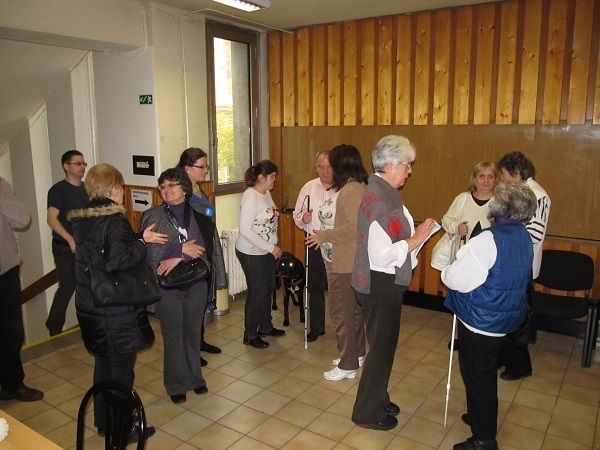 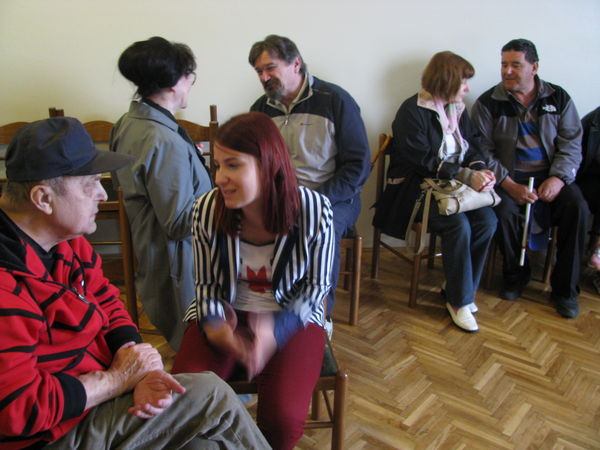 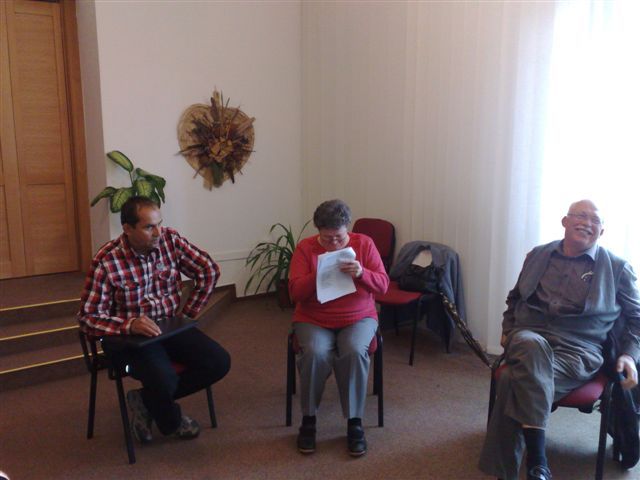 For more information, please contact the EBU Information Officer, by email at